OMG! I am a big fan of the Marvel superhero movies! I can’t wait for the next Avengers to hit the screen next May. Until then though, here is the teaser trailer for Marvel’s Avengers: Age of Ultron. I tell you, I am loving this already!!

Marvel UK has come out with an extended trailer for Marvel’s Avengers: Age of Ultron. The beginning of the trailer is different from the US teaser trailer and features a very cool superhero party. I think I like this trailer even better. Enjoy!

Released at the San Diego Comic Con, here’s a cool poster for the new Avengers film, Avengers: Age of Ultron. 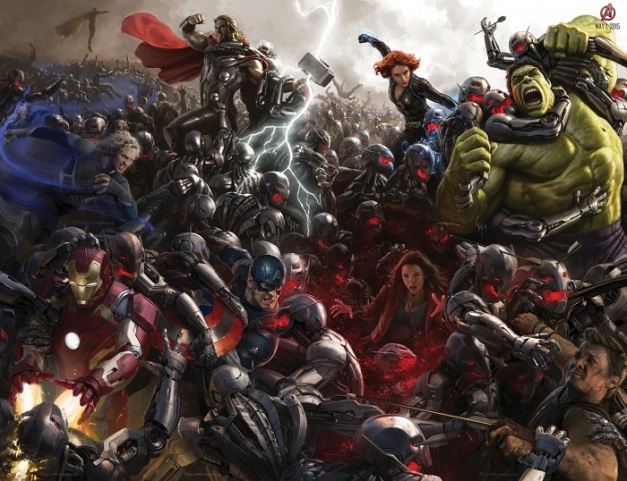 ‘Iron Man 3’ Takes Off with Second-Highest Opening Ever 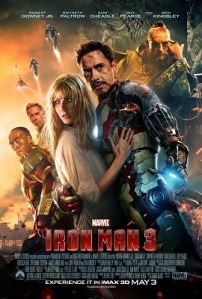 Kicking off the Summer movie season this weekend, Iron Man 3 lived up to sky-high expectations with $174.1 million haul. That ranks second all-time behind last year’s The Avengers ($207.4 million), and is way up on the previous Iron Man outings. The movie also continues to do phenomenal business overseas, and is on its way to earning well over $1 billion worldwide.

Iron Man 3‘s $174.1 million debut is a huge leap over Iron Man 2‘s $128.1 million. That’s a remarkable achievement given the dodgy history of three-quels—nearly all of them decline from their predecessor—and Iron Man 2‘s questionable reputation. The main reason for this is simple: audiences viewed Iron Man 3 more as follow-up to The Avengers, which is almost universally beloved, than as a sequel to Iron Man 2. (Read the entire article here) 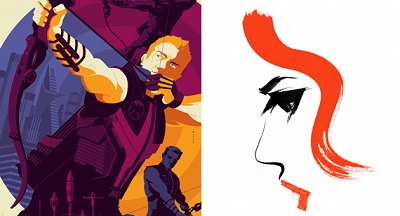 In a twist of (not-so-sweet) irony, international audiences will be treated to Marvel’s The Avengers starting next week, while us here in the… well, US, have to wait seven more days to indulge in our superhero movie fantasy.

However, one thing we can all look forward to is the end of the Disney/Marvel’s promotional bombardment. While we’ve enjoyed all the trailers, images, featurettes, clips,  interviews, TV spots and early reviews, at this point all the footage and story details are starting to feel like overkill… But so much so that we won’t post today’s new featurette  and the stylish new Avengers Mondo posters featuring S.H.I.E.L.D. ‘master assassins’ Black Widow (Scarlett Johansson) and Hawkeye (Jeremy Renner).

The featurette (as you can see) covers some of the same ground as previous behind-the-scenes peeks – what with Scarlett Johansson and director Joss Whedon describing the challenge of bringing disparate personalities into one cohesive team, and Robert Downey Jr.’s assurance that the film “should be” their finest hour. Of course, we hear a bit more and see a bit more footage than before – but again, at this point, that’s not necessarily a good thing. Other than that, it’s the same old towing of the Marvel company line: “Avengers is going to be awesome!”

Below you’ll find the first of what are going to be several stylistic Avengers posters from Mondo Tees. The Widow poster is probably a lot more appealing to cinephiles with its minimalist style and head nod to the James Bond universe (“From Russia with Guns”), but comic book fans will likely be more receptive of the Hawkeye poster – which is reminiscent of the work of comic book artist Salvador Larroca:

Which die-hard fan will be the first to plaster their wall with all of the official Avengers movie posters and banners – and the entire collection of Mondo posters? Will it be you?

The Avengers hits theaters overseas starting on April 25th (lucky ducks); it will hit theaters stateside on May 4, 2012.

The Avengers Are Coming!

The Avengers are coming to theaters on May 4, 2012, but if you want to check out the many cool posters for the movies click on the image and be transported to the Imp Awards website to see them all!